Kersgallery is presenting the show Dangerous Bodies featuring five female multidisciplinary artists: Anna Ehrenstein, Marisol Mendez, Dragana Jurisic, Gloria Oyarzabal and Selma Selman. We invite you to the opening on Saturday March 5th 2022 from 4PM, when curator Marina Paulenka will have a conversation with Selma Selman and Dragana Jurisic.

All the 5 artists are dealing with the dealing with issues of identity and different aspects influencing the women body, with an emphasis on research, meditation and healing.

Dangerous Bodies* is a title taken from the Selman’s artwork which is based on her own experience. In her drawings, paintings, performances and multimedia installations, she aims to protect female bodies and encourage collective self-emancipation of oppressed women. Both artistic practices encourage and enable re-evaluation of what is assumed to be unchangeable, impossible or unnegotiable – pointing at the universal indefinition and dream-like nature of the reality we live in.

Ehrenstein’s is presenting 6 artworks from Tools For Conviviality, a collection of visual ephemera about the usage of tools for various modes of human togetherness. It is is a marriage of fact and fabrication based on various collaborations with people that migrated to or from Senegal‘s capital and its virtual and analogue diaspora.

Research on the concept of the museums, powerful tools for instilling respect, changing prejudices and revising history, or dangerously the opposite, is in the focus of the work of Oyarzabal, Usus Fructus Abusus. She examine the issue of the colonisation of the concept of woman: the responsibility for the risky representation of black women in the history of Western painting, the position of white women and black women, the relationship of the African woman’s body and identity to the colonist that leads to perpetuating stereotypes, exoticization, cultural appropriation and difference.

Jurisic’s My Own Unknown is a complex investigation of female identity, framed against the search for more information about the life of her glamorous and mysterious aunt. Artist is presenting three artworks from different chapters of this hybrid and multidisciplinary project narrated from different voices. She explored the the idea of the muse that often evokes images of a male artist and a passive female muse. It is one of the biggest clichés of Western art tradition, a genre predominantly inhabited by male artists. Artist began the task of photographing 100 female nudes to explore what happens when a female artist looks at female body.

Mendez is presenting her work Madre, which explores the influence of race and religion in shaping the perception and representation of Bolivian women and womanhood. Situated between documentary and fiction, the images describe an existence interconnected by physical and mythological elements where women experience potentiality, change, loss, decline and death. 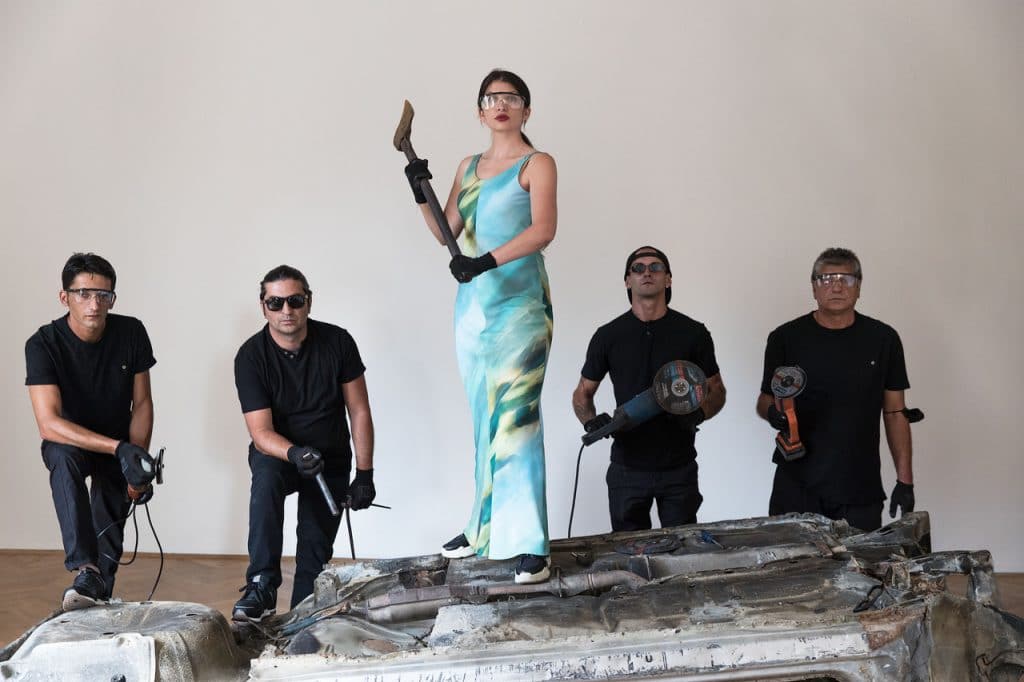